From Pikmin Technical Knowledge Base
Jump to navigation Jump to search

To do: Add instructions. 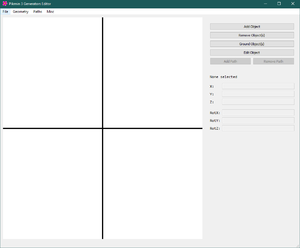 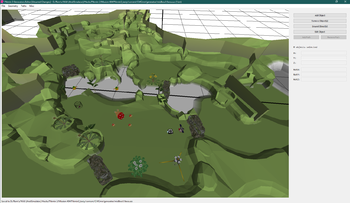 A demonstration of Generation Editor's powers in form of a small edited part of Garden of Hope.

Gen Editor, also known as Generation Editor, is a tool made for Pikmin 3. Its main purpose is to edit the generator files of the game, to allow creating custom stages. it also includes a path editor and other functions such as loading BJMP files for easier editing by loading the collision geometry of any map from the game.

Gen Editor also includes an option to edit paths via the included path menu at the top of the editor. This allows one to edit path nodes to create custom paths. It also allows for adding geysers and slides to custom maps.